The ITF is delighted to introduce Cleopatra Kambugu as the newest member of our Steering Committee.

Cleo is based in Uganda and is a Director of Programmes at UHAI EASHRI, an indigenous activist fund that resources sex worker, trans, non binary, intersex, gender minorities and LGB sexual minorities and their organising in the seven Eastern African countries of Ethiopia, the Democratic Republic of Congo, Burundi, Rwanda, Kenya, Tanzania, Uganda, with broader strategic support to Pan African organising. In this position she oversees UHAI’s programmes which revolve around grantmaking, capacity support, knowledge evaluation and learning. She serves on the Advisory activist Board of the Astraea Lesbian Foundation for Justice, the Global Philanthropy Project’s Trans and Intersex working group and TGEU’s TMM and TvT advisory committee to provide an Afrocentric lens to trans funding and organising on the continent.

Cleo is also a protagonist in the world acclaimed documentary and web docu series The Pearl of Africa, which chronicles her journey navigating health as a trans person in East Africa, negotiating shifting family relationships as she transitions and speaking to the universality and affirmation of trans love and their partners.

We invite you to learn more our Steering Committee members here.

Update on the ITF and COVID-19

We are writing to you in relation to the COVID-19 (coronavirus) pandemic which is having devastating effects on many people and communities across the globe. As a result of this pandemic, many trans people are dealing with very difficult circumstances – struggling with illness and healthcare systems that are overburdened and grappling with fear and anxiety. Trans people experience unique risks and challenges in a pandemic related to transphobia, discrimination and economic marginalization, which is often exacerbated by racism, xenophobia, poverty, disability and other intersections. As this public health crisis deepens, the ITF wants to express our support and solidarity with trans movements and our allies across the globe.

We also wanted to share some information about the measures we are taking:

The ITF’s work matters now more than ever, and we are deeply committed to supporting trans-led groups in their efforts to build our movements and promote rights, health and wellbeing. Despite the challenges that we are facing, this is also an opportunity for us to reach out and connect with each other and our communities.

On behalf of all of us at the ITF, we send our best wishes for your health and security and stand in solidarity as you continue your crucial work. 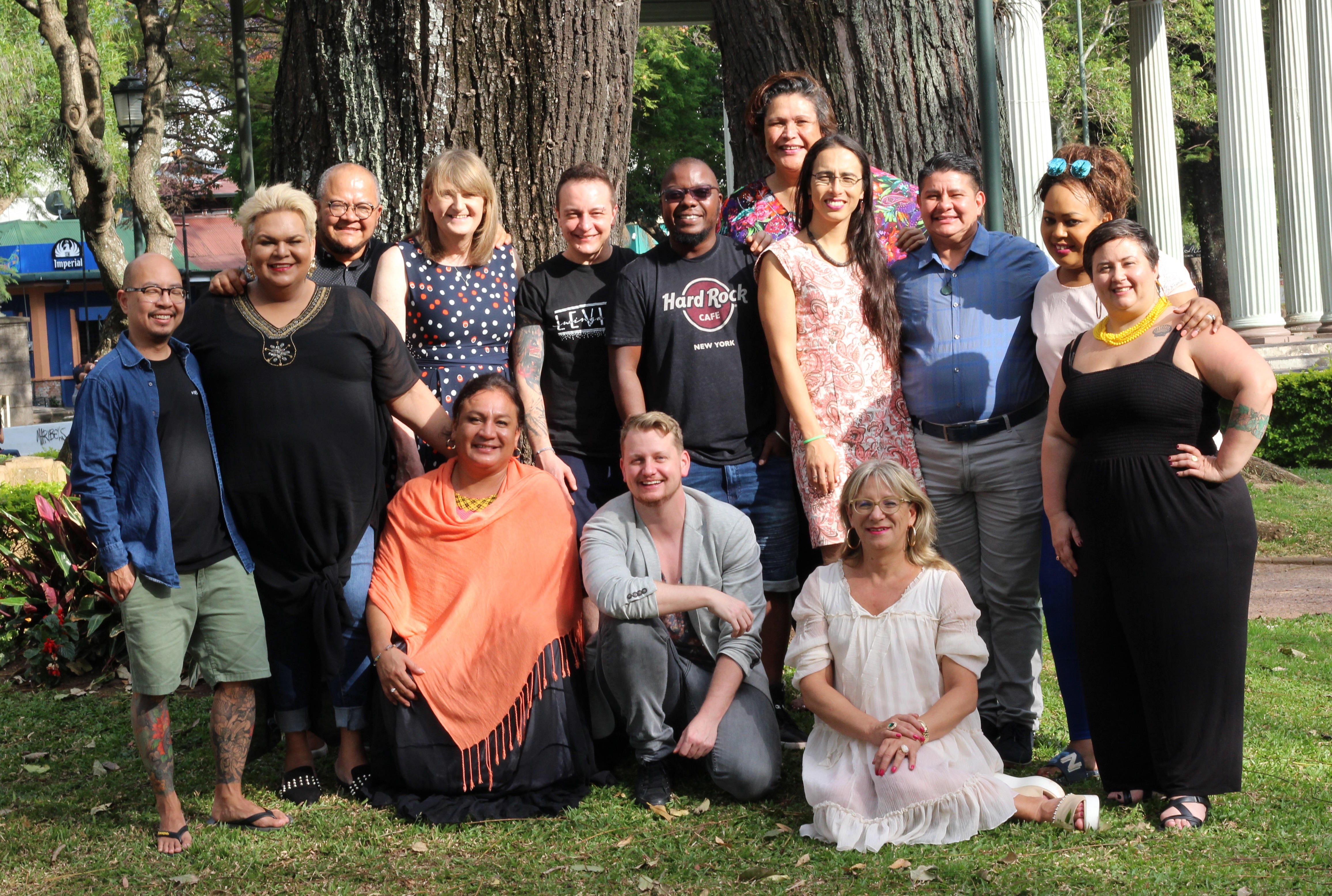 Deadline to Apply for a Grant Extended to December 6, 2019

The ITF has extended the deadline to apply for a grant to December 6, 2019 at 5pm (EST/New York time). We welcome applications from trans-led organizations with budgets below $150,000 USD based in any region of the world.

The application form can be downloaded from our website (here). The form is available in English, French, Russian, Simplified Chinese and Spanish. We have also created Application Guidelines (with tips on how to write a strong application), which you will find here. 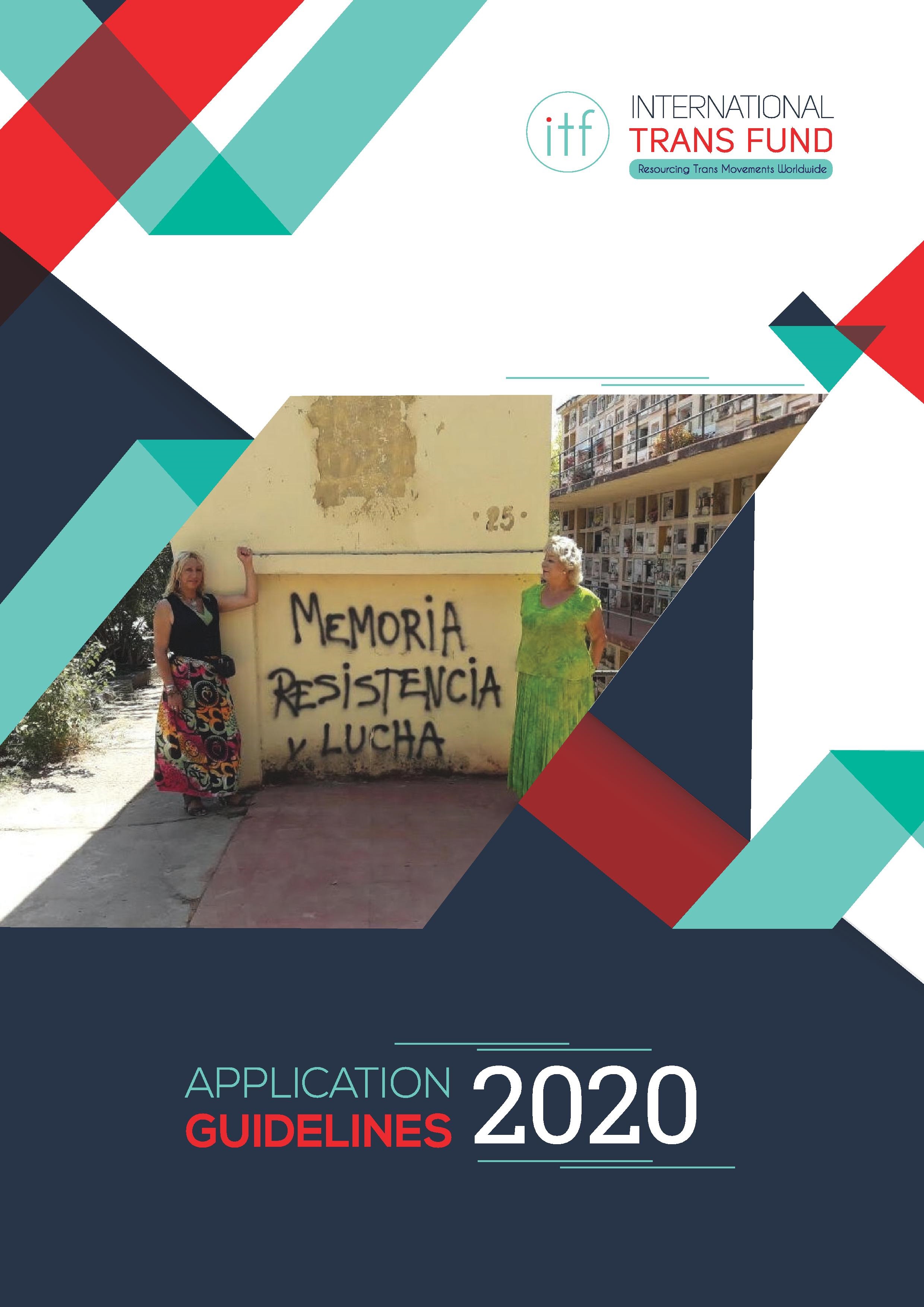 The ITF welcomes applications from trans-led organizations with budgets below $150,000 USD based in any region of the world. The deadline to apply is December 2, 2019 at 5pm (EST/New York time).

The application form can be downloaded from our website (here). The form is available in English, French, Russian, Simplified Chinese and Spanish. We have also created Application Guidelines (with tips on how to write a strong application), which you will find here. 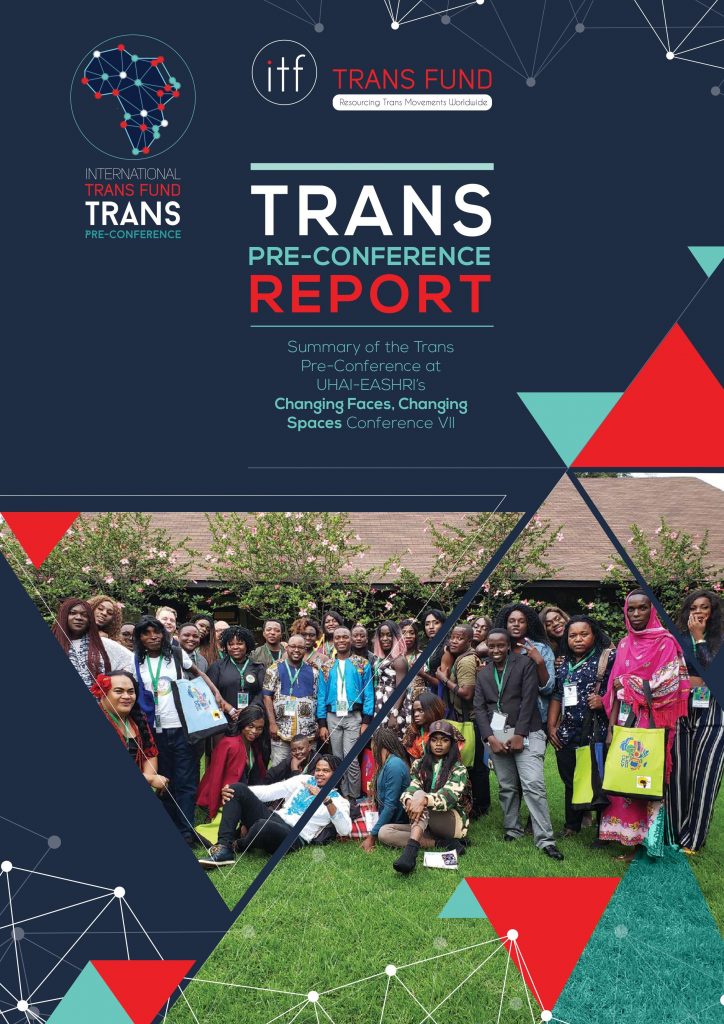 Open Letter on the Situation in Uruguay

The International Trans Fund (ITF) calls on the Government of Uruguay to support the human rights of trans people and reject the call for a referendum on August 4th, 2019. The Government must challenge the campaign of misinformation and the deliberate fear mongering against the trans community.

In October 2018, Uruguay became an international beacon of human rights by passing the Integral Law for Trans Persons which was rooted in compassion, respect and the promotion of dignity of trans people. This progressive piece of legislation affirms the identity of trans people and supports their access to life saving medical treatment, including young trans people who are particularly vulnerable and need support. The law took a pro-active approach to supporting trans people by mandating that 1% of government jobs be reserved for trans people and establishing a pension to compensate transgender people who were persecuted during Uruguay’s 1973-1985 military dictatorship. This law is in line with international human rights best practice such as Yogyakarta Principles plus 10, a set of principles based on the application of international human rights law in relation to sexual orientation and gender identity.

The current misinformation campaign and backlash facing the trans community in Uruguay is disturbing and dangerous. The call for a referendum to repeal this law is based on the malicious targeting of the trans community and the false assertion that this law gives “preferential treatment” to trans people and is unconstitutional. This approach does not espouse democratic principles and fosters hatred, violence and discrimination against this marginalized community.

We also want to express our solidarity with Colectivo Trans del Uruguay and all of civil society in Uruguay who are fighting this injustice. The majority has no right to vote away the rights of a minority. The political function of rights is to protect minorities from oppression by majorities. Trans people are valuable and contributing members to Uruguay society and need to be supported through upholding their human rights.

The International Trans Fund (ITF) is looking forward to welcoming you to the Trans Pre-Conference at CFCS VII on June 18, 2019. We are excited to partner with UHAI–EASHRI to create a space for almost 40 trans activists from the continent to come together to share experiences, strategize and identify priorities for the pan-African trans movement. We also know that funding is crucial to your work, so as part of the pre-conference we will create a space to meet donors who are funding in Africa and share information on how to apply to the ITF.

We are pleased to share the agenda with you (click here). You can find the full agenda, including descriptions of each session and panelist profiles (click here). Please note that the Trans Pre-Conference will start at 8:30am. Registration will take place between 8:00 – 8:30am.

If you have questions about the Trans Pre-Conference, please contact Mukasa: kimm@transfund.org

UHAI–EASHRI are taking care of all the logistics to get you to CFCS. If you have any questions, please contact Roselyn Odoyo: roselyn@uhai-eashri.org

The ITF is delighted to introduce our three new Steering Committee members: Natasha Jiménez, Jabulani (Jabu) Pereira and Wiktor Dynarski. Natasha and Jabu join as activist members who have extensive experience working within global trans movements. Natasha is a Costa Rican trans/intersex activist with 30 years experience. She is currently a Consultant in trans and intersex issues and General Coordinator at Mulabi/Latin American Sexualities and Rights Area. Jabu is the Executive Director of Iranti, based in Johannesburg, South Africa, and has worked in the human rights sector for 27 years. Wiktor joins as a funder representative, currently working as a Program Officer with the Open Society Public Health Program and has a long history of trans activism in Europe. We invite you to learn more about Natasha, Jabu and Wiktor here. 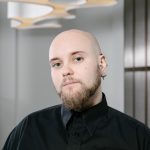 ITF Statement on the Assassination of Oscar Cazorla

The International Trans Fund (ITF) stands in solidarity with the Muxhe community after the murder of Oscar Cazorla in Juchitan, Oaxaca, Mexico, on February 9, 2019. We call for an immediate and thorough investigation into this case and other violence that has been directed at the Muxhe community. An activist for over 40 years, Cazorla was well known for advocating for the rights of Muxhe, a third, non-binary Indigenous gender identity that has been celebrated for hundreds of years in Istmo de Tehuantepec, Mexico.

“The tragic murder of Oscar Cazorla leaves a deep wound not just for the Muxhe community but for all those fighting for human rights. Indigenous gender identities are under threat of violence and we stand in solidarity with the Muxhe community at this time. We call for immediate action to end this violence and get justice for Oscar,” said Ymania Brown, Co-Chair of the ITF.

Cazorla was one of the founders of the Vela de las Autenticas Intrepidas Buscadores del Peligro—which roughly translates as the Vigil of the Authentic, Fearless, Danger Seekers—an annual celebration that promotes the respect of muxhes in Juchitán.

Trans and gender-diverse people are victims of horrifying hate violence across the globe. According to the Trans Murder Monitoring Project November 2018 update, there were 369 reported murders of trans and gender-diverse over the previous year, 71 of these murders were reported in Mexico. Over the last 15 years, five members of the Muxhe community have been assassinated and these cases remain unsolved.