The Grant Making Panel (GMP) is made up of  trans activists from across the globe with diverse expertise who review applications and select grantees. 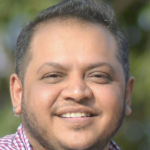 Mani is Co-Founder of Have Only Positive Expectations (HOPE) and works as a Program Executor in the organization. HOPE is a community-based organization seeking to advance the human rights of socioeconomically disenfranchised groups in Pakistan. The organization began its operations in 2018 with the founding team envisioning a safe space for people discriminated against based on their body, gender, and sexuality. This became a cornerstone to HOPE’s work- looking ahead to a future that was envisioned to be safe, free, and compassionate for everyone. Mani is the pioneer of Transgender-men movement in Pakistan. Mani is the one who started the discussion about transgender men’s issues, struggle, challenges and rights which makes him an essential contributor to the Transgender Persons (Protection of Rights) Act 2018 and the Provincial Transgender legislation for inclusion of transgender men. 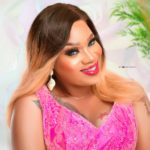 Melody (aka the Amazon) is a young Transgender feminist activist, graduated from the National University of Benin in translation interpreting, specializing in English, French, with professional training in rights. She is the honorary President of the first trans association in Benin created in 2015, Melody has used her skills to ensure that the rights and needs of LBTIQ people are respected.  She believes in an inclusive world, without discrimination where all trans people can find a place in society like any human being. In 2020, Melody was appointed an advisory member of the Dignity Network Canada where she acts as an advisory member for all decisions for LGBTQIA communities in Canada.  In 2021, she joined Egides, where she sits on the board of directors as President of the programming committee.  She then joined the Pride Africa working group where she played a very important role in the process of visibility and pride of LGBTQIA people in Africa. Melody’s hobbies are music, fashion, journalism, current affairs debates between columnists, travel and reading, this allows her to regenerate herself at every moment and to be in harmony with her. 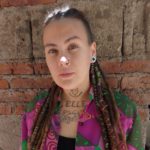 Cami González, is a 32-year-old Trans Non-Binary identity, parent of 2 children who are also gender dissidents, in Uruguay. They began their advocay as a teenager, while still living in Paraguay, but it was not until they returned to Uruguay in 2013 that they were able to strengthen theier activism along with the discovery of their identity. They have been part of the Colectivo No Binaries Uruguay (Non binary collective Uruguay) since its inception, in 2019, of the bloque Trans y Disidente, a space that gathers approximately 12 to 15 groups from all over the country. They are also part of the Abya Yala Network of Non-Binary Identities “Red No Binarie Latin America” ​​since it wad founded in 2020. All this was possible thanks to CTU (Colectivo Trans del Uruguay), who were the first to open their doors and hug them. They wereinvited to participate in forums, talks and workshops around topics that address sexual and gender diversity and the reality that affects them. An antispeciesist, intersectional, transfeminist, independent worker, free lover, pansexual from a political position. 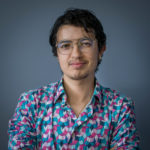 Anwar is a 26-year-old trans Muslim activist from France. Throughout his 10 years of activism, Anwar has been engaged at various levels, from local grassroots groups to international organisations, and combining different struggles, such as queer and trans rights, gender equality, sexual and reproductive rights, antiracism, and anti-islamophobia. Advocacy, capacity building, and empowerment for further marginalised communities is one of his priorities. Anwar is currently working at TGEU, the largest trans-led network in Europe and Central Asia, as Senior Programmes officer. In TGEU, Anwar is behind most of TGEU’s relationship with its membership and ensures that projects and programmes are tailored to their needs and priorities. As a volunteer, Anwar is working with trans and sex worker groups as a SRHR peer educator and HIV counsellor. His previous work includes serving the Center for Intersectional Justice as Community engager. Anwar also has a background as a youth educator and working with kids. Once the trans revolution is over, he sees himself retiring from activism and becoming a school teacher. 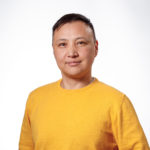 Daniyar started his activist journey in 2004 in Kyrgyzstan, Central Asia. In 2009, Daniyar became the founder of the national LGBT organization Kyrgyz Indigo and worked in it for 10 years as an Executive Director. Over 10 years, the organization has grown into a solid and sustainable organization that has changed the shape of queer activism not only in Kyrgyzstan but also in Central Asia. Since 2020, Daniyar have been working at the international organization ECOM – Eurasian Coalition on Health, Rights, Gender and Sexual Diversity as an Advocacy Coordinator and contributes to capacity building and expert agency of transgender people at the level of Eastern Europe and Central Asia, to the creation of strategic information and the involvement of trans people in decision-making places. Daniyar serves as a board member of the international organization MPact and is also involved in various international groups related to HIV and trans*masculine people, strategic information, gender, and antigender issues. Daniyar defines his hobby as queer photography and text creation. 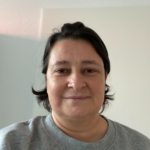 Milena was born in North Macedonia, a Western Balkan country, and lived many years in Bulgaria and Greece. Milena is an LGBI and trans activist involved in local and regional activism for many years. Before moving to Berlin, Germany Milena worked for the leading human rights organizations in North Macedonia and has long experience in finances, administration and general operations at NGO’s. Milena speaks several languages: English, Bulgarian, Greek, all the ex Yugoslav (Serbian, Montenegrin, Bosnian, Croatian) and intermediate German. Milena has experience in social entrepreneurship for marginalised communities and holds an MBA in European Management. 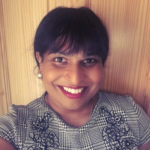 Chamindra Weerawardhana is an intersectional feminist human rights defender, researcher, educator and published author. Her discipline is international politics, with a special focus on innovations in feminist international relations, politics of deeply divided societies and inclusive gender justice. Chamindra’s rights activist praxis is grounded in a logic of engaging with and learning from progressive women-of-colour feminist traditions worldwide. She is the author of the book Decolonizing Peacebuidling: Managing Conflict from Northern Ireland to Sri Lanka and Beyond. Her work has also appeared in international peer-reviewed journals and edited volumes. She is the secretary to the Regional Steering Committee of the Asia-Pacific Transgender Network. Chamindra also serves as a Senior Consultant to the Gender Identity/Expression and Sex Characteristics Programme at ILGA World. She is a co-founder of the Consortium for Intersectional Justice, a collective of rights defenders working to enhance the understanding of the concept of intersectional justice among policymakers.