On May 17th please join us for a panel discussion in celebration of the International Day Against Homophobia, Transphobia & Biphobia (IDAHOBIT). The theme of this year’s panel is Combating Transphobic Legislation. Over the past several years, bills targeting the rights of trans and nonbinary individuals have been introduced in a wave of anti-trans legislation in different countries. Brave activists have successfully challenged many such efforts by lobbying policymakers and engaging in public advocacy.

We are bringing together a diverse panel of trans activists from across the world to discuss their experience in mobilizing resources, organizing their communities, and fighting for trans rights on the legislative level.

Please note that registration is required to access this webinar. 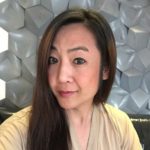 Particularly, she has been involved in the establishment of the three trans-led organizations – locally, nationally in Thailand, and internationally. This includes being the first program manager at Sisters Foundation, being a founding member of the Foundation of Transgender Alliance for Human Rights (ThaiTGA), and being the first coordinator and a founding member of the Asia-Pacific Transgender Network (APTN).

Emmett Schelling is a South Korean trans immigrant by way of foreign adoption who leads the largest statewide trans-led advocacy org in Texas. While his primary focus of work is on trans issues, his passion and understanding that individuals at their most whole and fullest are not impacted by single issues, but rather a myriad of issues that often manifest themselves in oppression and marginalization.

Before entering into movement/nonprofit work he came from corporate management after studying Business Management and Marketing in college. He felt compelled to invest deeper into the ongoing work towards collective liberation of trans folks after taking on various levels of community organizing and engagement combined with a series of eye opening events that pulled him into the work he currently does.

As well as currently serving as the Executive Director of Transgender Education Network of Texas (TENT) Emmett serves on the Community Council for Transform Houston and as a board member of Deeds Not Words, along with being a 2020 Trans Justice Funding Project (TJFP) Grantmaking Fellow, and is a Co-Director for the TransFORWARD, a statewide trans powered research collective in Texas. He resides in Houston with his fiancé, child, and two adopted pups who are essentially child 2 and 3. 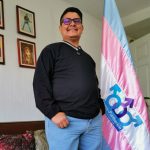 Alex Castillo is a transsexual man born in Guatemala City. Alex founded Trans-Formation, the first collective of trans men in Central America and works to strengthen the trans leadership in the region. He is also president of REDCADHT+ Network, the American collectives of Trans Men and gender dissident individuals assigned female at birth, which created a movement throughout the Central American and Caribbean region and has recently expanded to Peru, Mexico and Uruguay. In addition to his human rights work, Alex is an administrator, husband, father and grandfather.

Tina Kolos Orban is the Chief Executive Officer (CEO) of Transgender Equality Network Ireland. They previously held the post of Vice President and Project Manager at the Transvanilla Transgender Association, where they were responsible for international relations and advocacy. Tina has also held the posts of Treasurer and Co-Chair with Transgender Europe, the leading representative trans organisation across Europe and Central Asia.

They were a co-founder of Transvanilla in Hungary in 2011 and have worked at both the European Union and United Nations levels. Tina also served on the International Trans Fund’s Grant Making Panel for 2 years. Tina has over eleven years of experience developing, managing, stabilizing and leading trans advocacy organisations on the national and international level. They are experienced in strategic leadership, community organising, and organisational stability and progression.